BurlyCon acknowledges the healing all people need in this traumatic time. This class is specifically designated for BIPOC community members.

Healing Light is an online workshop hosted by Perle Noire to focus on the importance of healing work and self-love during the current climate. Participants will focus on breathwork, guided meditation, connection exercises, affirmations, journaling, healing rituals, and burlesque-inspired movement to help you reclaim your power and recharge.

Participants should bring a journal, a pen, a blanket, pillow(s), water, chocolate, and candles if possible. 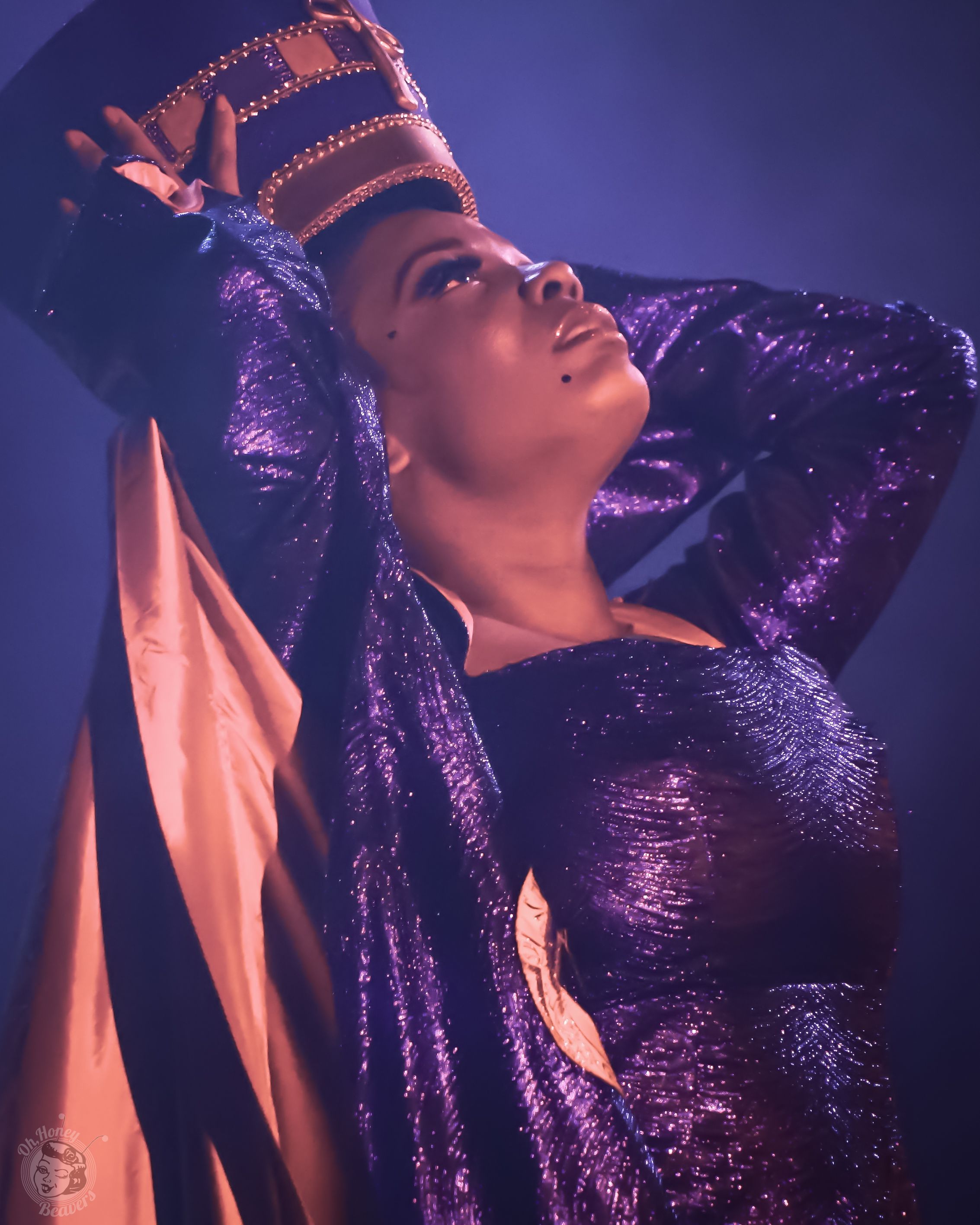 Drawing inspiration from the great Josephine Baker, Perle has performed her signature blend of sultry, athletic, and captivating dance in venues throughout the world, including the Crown Casino in Melbourne, The Waltz in Tokyo, Teatro Circo Price in Madrid, and the Koko in London. She was the first black burlesque queen to perform at the Summer Jamboree in Senigallia and headline at the Sydney Opera House. She has also graced stages while headlining in Dita Von Teese’s Burlesque: Strip, Strip, Hooray! Tour, the Voodoo De Luxe in Rome and Milan, Viva Las Vegas Burlesque Showcase, as well as burlesque festivals in the Bahamas, Helsinki, Auckland, Prague, Australia, New Caledonia, New Zealand, Calgary, Vienna, Montreal, New York, and Los Angeles.

Perle’s dynamic style has earned her awards such as First Queen of Burlesque at the New Orleans Burlesque Festival (2009); as well as Best Debut (2008), Second Runner Up (2009), Most Dazzling Dancer (2012), First Runner Up (2015) and Best Large Group (2017) at the Burlesque Hall of Fame. After years of being told how much she has inspired and helped people, Perle has embraced the titles of mentor and healer that were bestowed upon her. She now shares her gifts and experience through her Perlesque classes, Healing through Seduction series, The House of Noire dance company, and The Noire Pageant for Performers of Color.

We suggest moving this party over to a full size window.
You'll enjoy it way more.
Close
Go Fullscreen